Úvod News INTERPLEX HELPED WITH THE DEVASTATING TORNADO IN MORAVIA
30.11.2021

On Thursday June the 24th 2021 at 7:20 p.m., Petr Nemejta’s life turned upside down, literally. And not only to him, but to many other families in South Moravia, which were hit by a devastating tornado. Peter styed in his house at the time of the tornado’s hardest impact. He was trying to protect his girlfriend when the whole house collapsed and the roof of his house fell on him. The saying “Happiness in Misfortune” was fulfilled when he found out that his girlfriend was alive and could call for help. He had suffered arterial hemorrhage of the leg and cuts in his hand that were so deep that they cut the tendons.
Today, Petr is more or less healthy, only the little finger of his right hand remained motionless. After a week, he returned from the hospital to see the sign KO on his house. It was included among the many other houses intended for complete demolition. A month after the natural disaster, he returned to work and began building a new house in early October. When we contacted him by phone, he was on the construction site and sent us photos (see). The basement of the new house is complete, next week the base slab and then the perimeter walls, weather permitting. He used the money he received from the employees of the Interplex company in Písek in the total of CZK 10,725, which the company itself doubled, mainly for diesel in the temporary housing unit in a rented caravan and the purchase of the most necessary tools.
When we asked Petra what the situation was like in Hrušky now, the answer was this: From my street, all the houses are demolished and there are just Tatra trucks with concrete. Somebody is building with companies and somebody self-help with buddies. And when the old people come to see their old houses, they just cry… “. So far, none of the most affected have built a new house, they are living with friends, with families or in rents (fortunately on favorable terms). Some received money from the state, some did not, the biggest help is said to be the public collections and specifically, according to Peter, the Red Cross.
We wish Peter and all those who need it now, that the weather lasts, that the work goes by hand and that they have the opportunity to spend Christmas under their own roof. 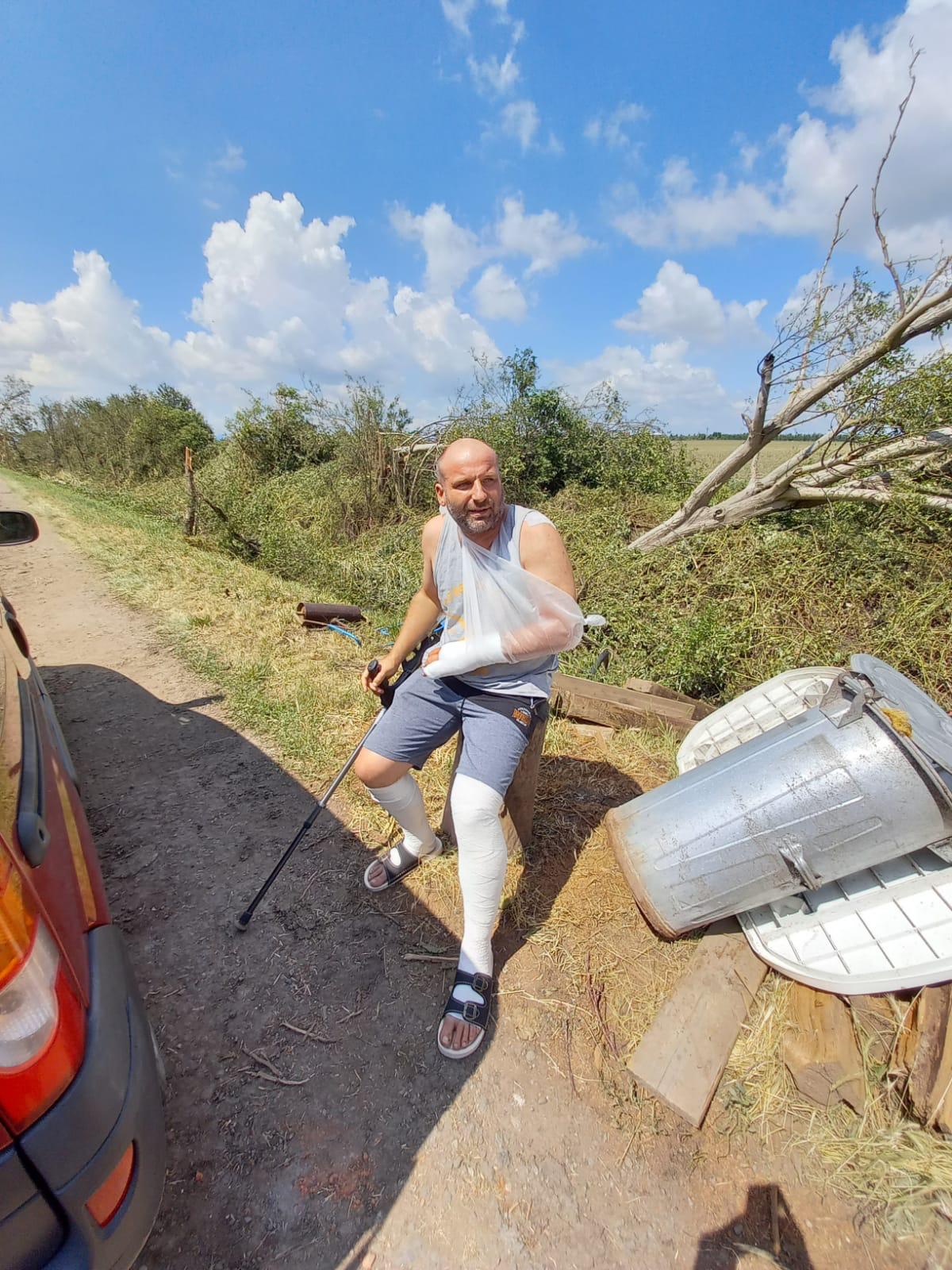 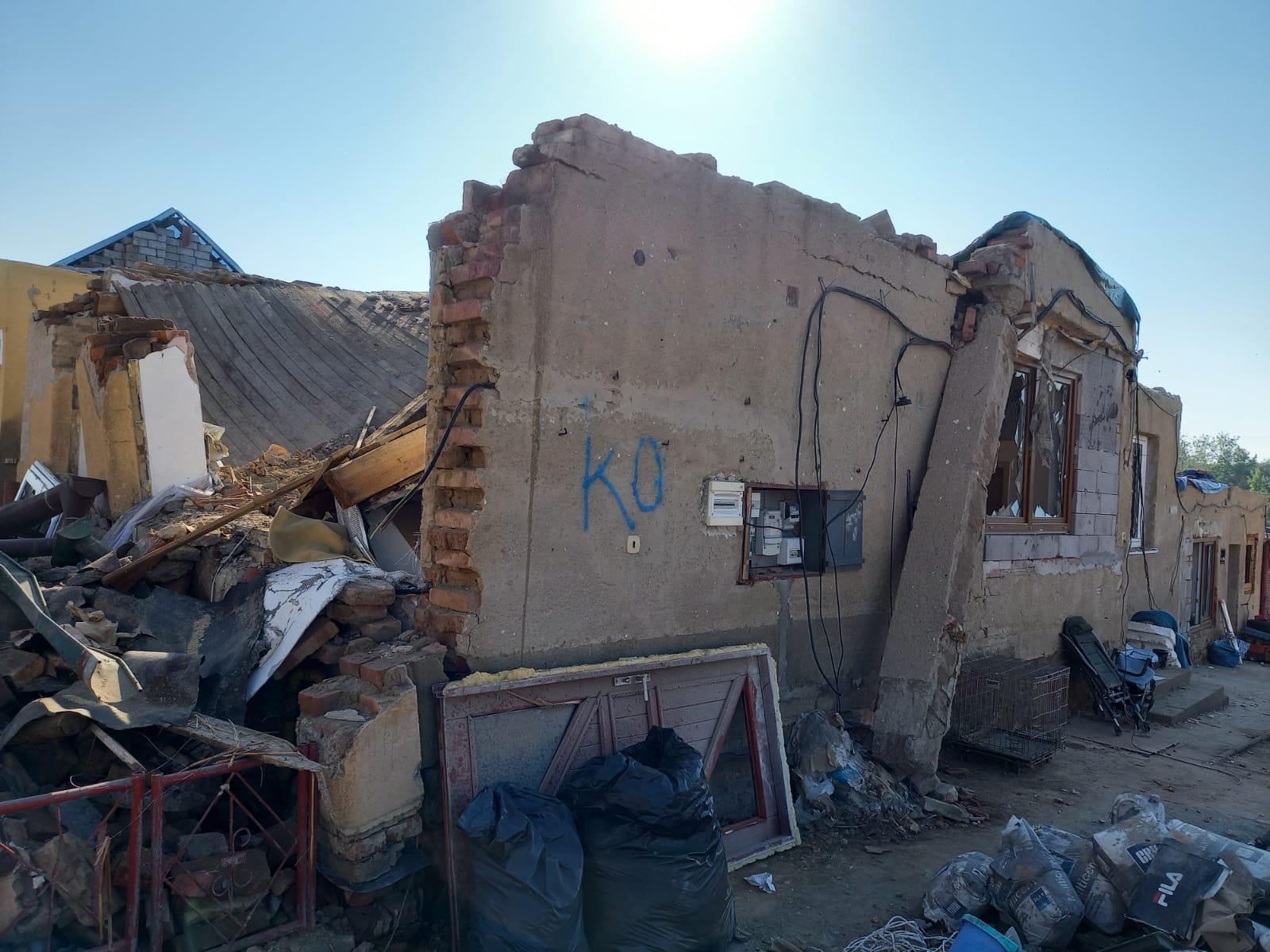 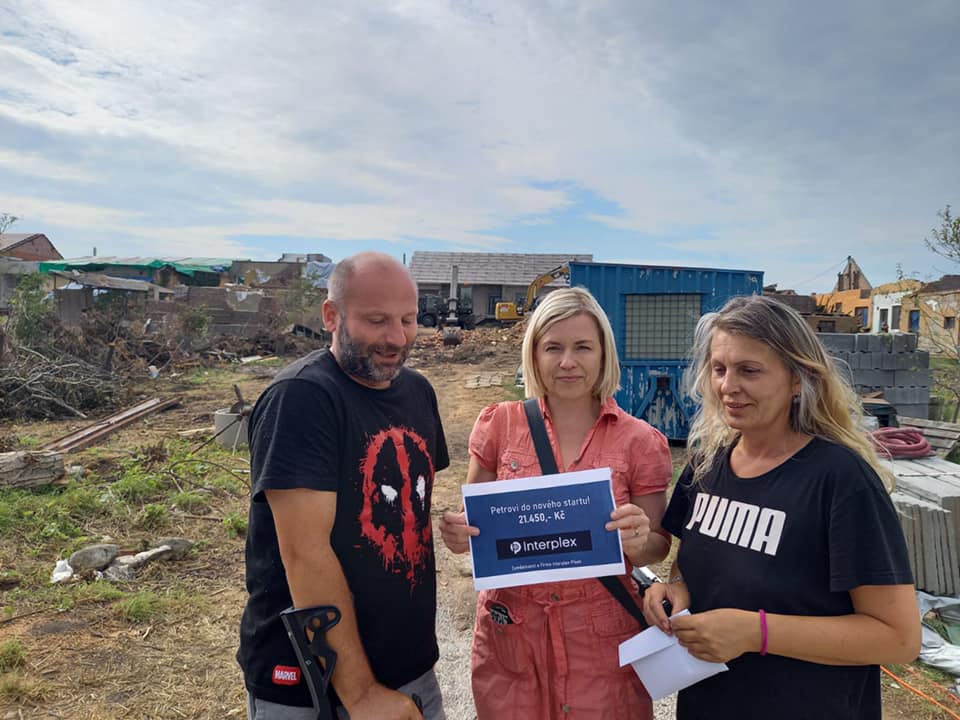 Handing over the gift 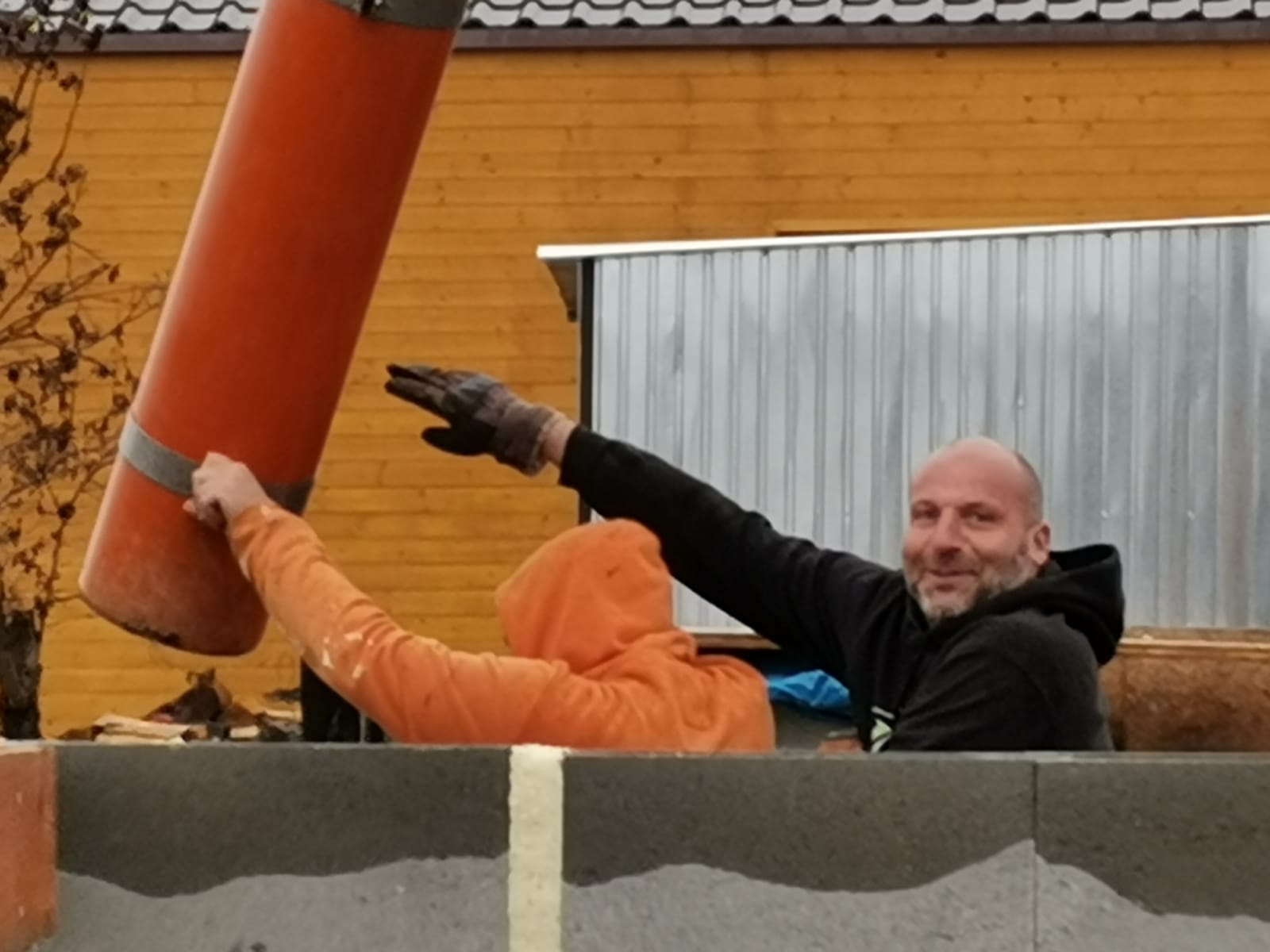 Petr on the construction 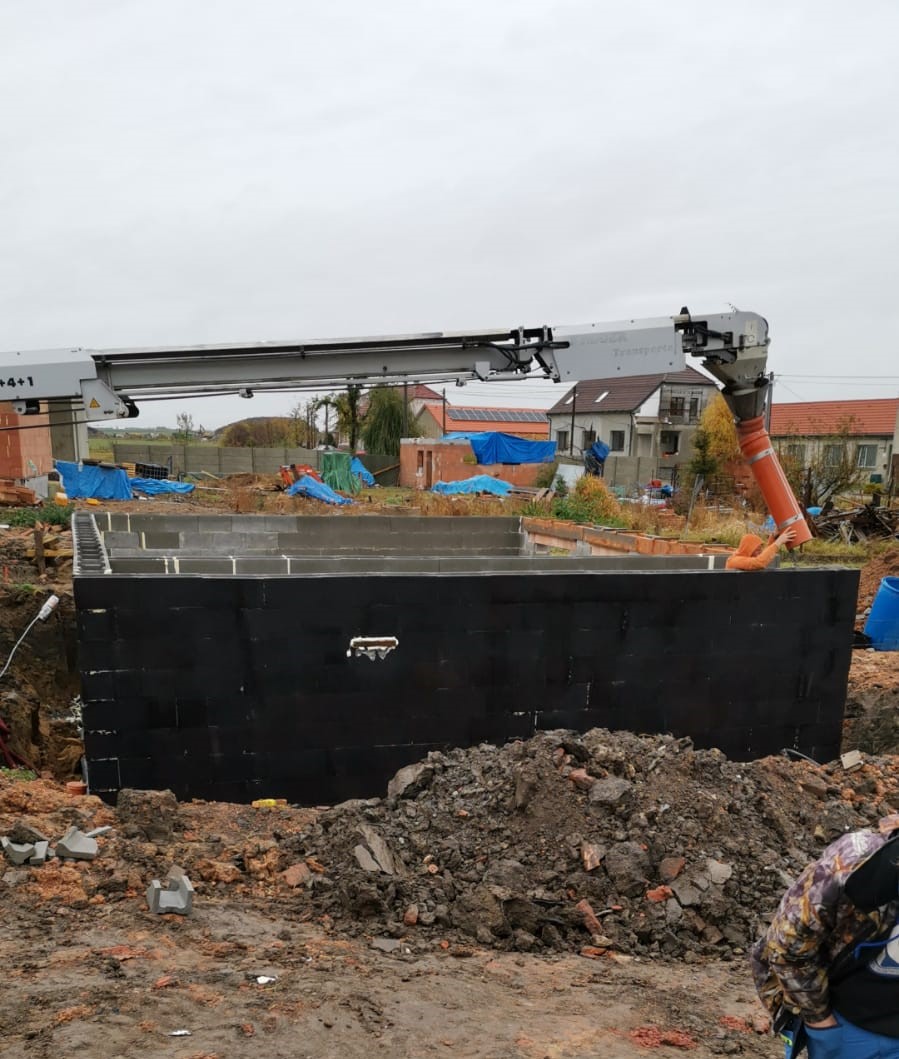 The basement is done 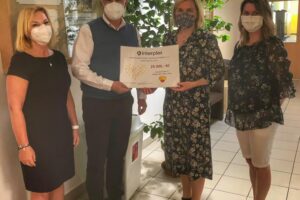 And then we wondered who else was most affected by the pandemic. OUR CHILDREN, RIGHT? And so it was the school’s turn. We contacted the individual directors of primary schools in Písek and asked them what they would use our financial gift for. Almost everyone agreed. They received only the first doses of disposable gloves,… 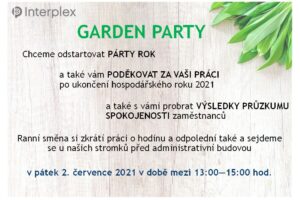 We renew the tradition – HURRAY! After a long Covid period we can meet our colleagues again. This time we placed the traditional meeting with the director outdoors and added small refreshments during working hours. But we hope that this will start our pleasant meetings and that the next Covid situation will not limit us…

WE DO NOD HYDE ANYTHING AND SHOW EVERYTHING AS IT IS.

Dear friends, at this link you will find a video about our company. We present the working day at Interplex, our work, relationships in the company and also the fun we experience together. Enjoy it! 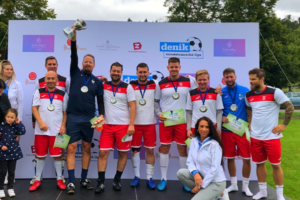 We know that we have skilled athletes in the company. But that they can play even without regular training together, when in private each of them plays for a different team, this year they proved to us with their success at football matches of the Employee League. On September 18, the semifinals of last year’s… 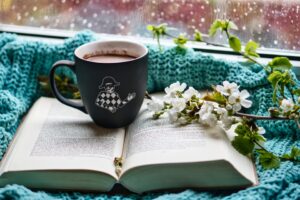 WE GO FOR THE DOT OVER CORONAVIR

The management of Interplex has decided to support all its employees who are vaccinated against COVID-19 If you are vaccinated, we will give you a DAY OFF with a wage refund AFTER THE SECOND VACCINATION. The reason for providing the day off is possible health complication, such as fatigue, slightly elevated temperature, body pain, etc…. 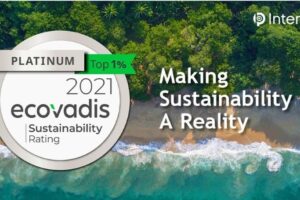 PLATINUM MEDAL FROM ECOVADIS FOR INTERPLEX

Interplex is proud to announce that we have been awarded a Platinum Medal from EcoVadis, the world’s largest and most trusted provider of business sustainability ratings, for our commitment to our corporate social responsibilities. In the environmental category, we ranked in one percent of the best companies rated worldwide. Interplex is thankful to all our… 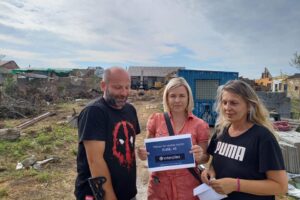 Our financial gift is already helping! On Sunday evening, Mrs. Kudlíková (HR manager) handed over the amount of CZK 21,450 to Mr. Peter from Hrušky on our / your behalf. (CZK 10,725 was donated by you and the company doubled the amount). On the fateful day, the ceiling fell on him, causing arterial bleeding in… 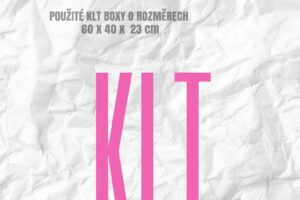 Interplex offers a large number of KLT boxes to the general public for purchase. The price per piece is 50 CZK with a minimum order of 4 pieces per person. Book the boxes at: info@cz.interplex.com. More on the poster: 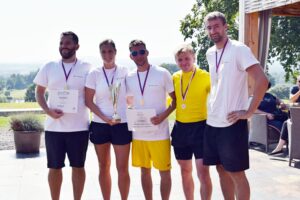 THE FINAL MATCH WAS ALSO OURS

We are proud of the success of our team of “company” beach volleyball players. In the masters, which took place on the 5th of September 2021, they were able to win gold medals again. All won cups and medals are displayed for you in the entrance hall of our company. You can find more photos… 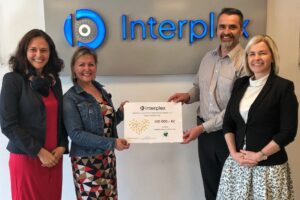 We were given a very beautiful task! Our headquarters asked us. We should have chosen an organization in our region to provide with a financial donation on behalf of the Interplex Group in order to combat COVID-19. And we found a few. The first is: Home hospice ATHELAS Do you know them? Do you know…

TAKE A LOOK AT OUR PLANT IN PÍSEK 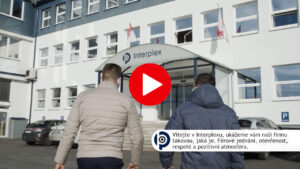